First snow of the season. So neat to live in the desert and still get to enjoy the snow covered mountains. 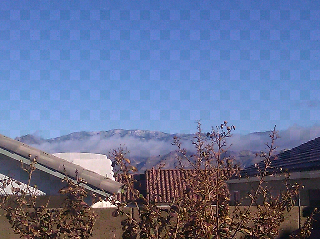 Have become my new best friend in the world of tubular bead stitches!

I've been having a lot of fun with the November Etsy Beadweavers challenge, Totally Twisted! However, I realized while creating different bead samples that using the recommended dowel, pencil or whatever you can find around the house would be in my best interest.  I'm just learning these stitches and I've found that they come out much more "perfect" if you use the tool for assistance.

So I had to give in, I looked all around the house and I came up with a few different ideas I thought I would share with you all. 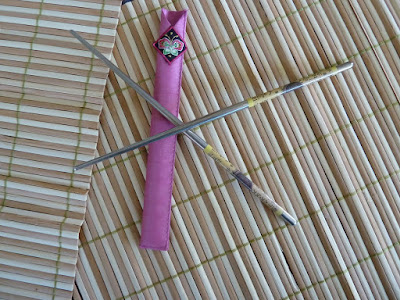 I hope this helps my fellow beadweaving friends as you all might bee looking around for the perfect dowel, pencil, or whatever you have around the house to create that perfect tubular stitch!
Happy Friday!
Posted by Boho Dame at 11:06 AM Be the first to reply!

That child is long gone. Now I know exactly what to expect every time I cross the Golden Gate... San FranCISCOOOOO!!! Yes, I get excited. Extremely exicted, I love that town. This was an especially exicting trip to San Francisco because my Grandma decided that instead of taking me on the 49-Mile Scenic Drive we were going to the Picasso exhibit at the de Young Museum.

After a short drive from G-ma's house in Petaluma, CA, we made it to the good 'ole Golden Gate Bridge.  It wasn't the best day for taking photos, and it was pretty chilly for July in San Fran, but that did not cloud my excitement for the de Young.

We had a bit of time to kill before the Picasso exhibit which gave me a great excuse to check out the rest of the museum. The artwork below is by Gerhard Richter. Finished in 2004, this piece was commissioned as the central focus at the heart of the public entrance to the museum. This photo mural is one of the largest and most significant projects Gerhard Richter has ever accomplished. 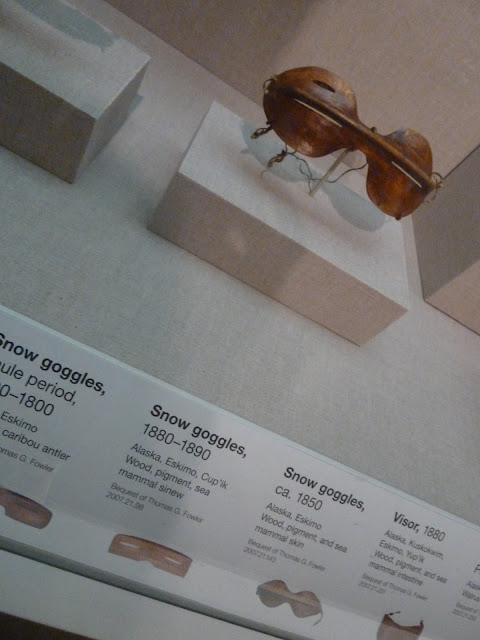 It was finally time to go into the Picasso exhibit! Photos were not allowed and I didn't think to take photos of the entrance, but I thought I would give you guys a visual thanks to the sites listed below.

What an INSPIRING exhibit! while in the exhibit I learned that there were many African masks on display elsewhere in the de Young that heavily influenced Picasso's style. Then I was off to find them!

A few things I found along the way:

I knew I was getting closer to those Baga Nimba and Makonde masks... I could just feel it!

Finally, I found the African masks! The few pictures you saw above does not represent the hour or two I spent looking while my grandma was patiently waiting on the benches you saw in the Richter photo earlier.


Many thanks go to my Grandma Breese for a wonderful day at the museum. I had an awesome time and was (and still am) inspired by that day. I started to include my notes from the audio tour while at the Picasso exhibit, but this post woudl just be way too long (it's already a bit long... eek!).

Before too much longer there will be a new post "Inspired by Picasso" that will include notes and links to the different art I saw while at the Picasso exhibit. Check back soon!
Posted by Boho Dame at 12:52 AM 1 comments so far. What are your thoughts?

What kind of girl is a Boho Dame?

She is a girl who is out there doing her own thing. She likes quality, but doesn't care about designer handbags or labels. She is happy carrying her magenta bag with the yarn fringe and large embroidered flowers. Her clothing is simple, but she likes to accessorize with comfortable and easy-to-wear jewelry that doesn't get in her way – like bracelets she forgets she’s wearing while typing away at the keyboard. She believes style doesn't have to mean sacrificing comfort or practicality.

Sometimes she is unconventional, but most of the time she wants to go with the flow. She doesn't care to be the center of attention, but she likes to be in the middle of the action. This girl isn't afraid to get her hands dirty. Her tastes are broad in all facets of life, including music, fashion, art, literature and many other hobbies.

She tries to live her life with the ideals of truth, freedom, love, and generosity in mind, but she isn't gullible enough to believe that everyone in the world tries to live the same way.

In case you're wondering... yes I'm talking about me. That's my magenta yarn fringe bag that I'm talking about and I love seed bead bracelets. They wear so well and never get in my way. Though they are the most time consuming thing to make I think they are what I love most.
Posted by Boho Dame at 10:40 AM Be the first to reply!